TROIS-RIVIÈRES, QC  Last Tuesday at the historic and mythic Grand Prix of Trois-Rivières (GP3R) was held a press conference for a few announcements. 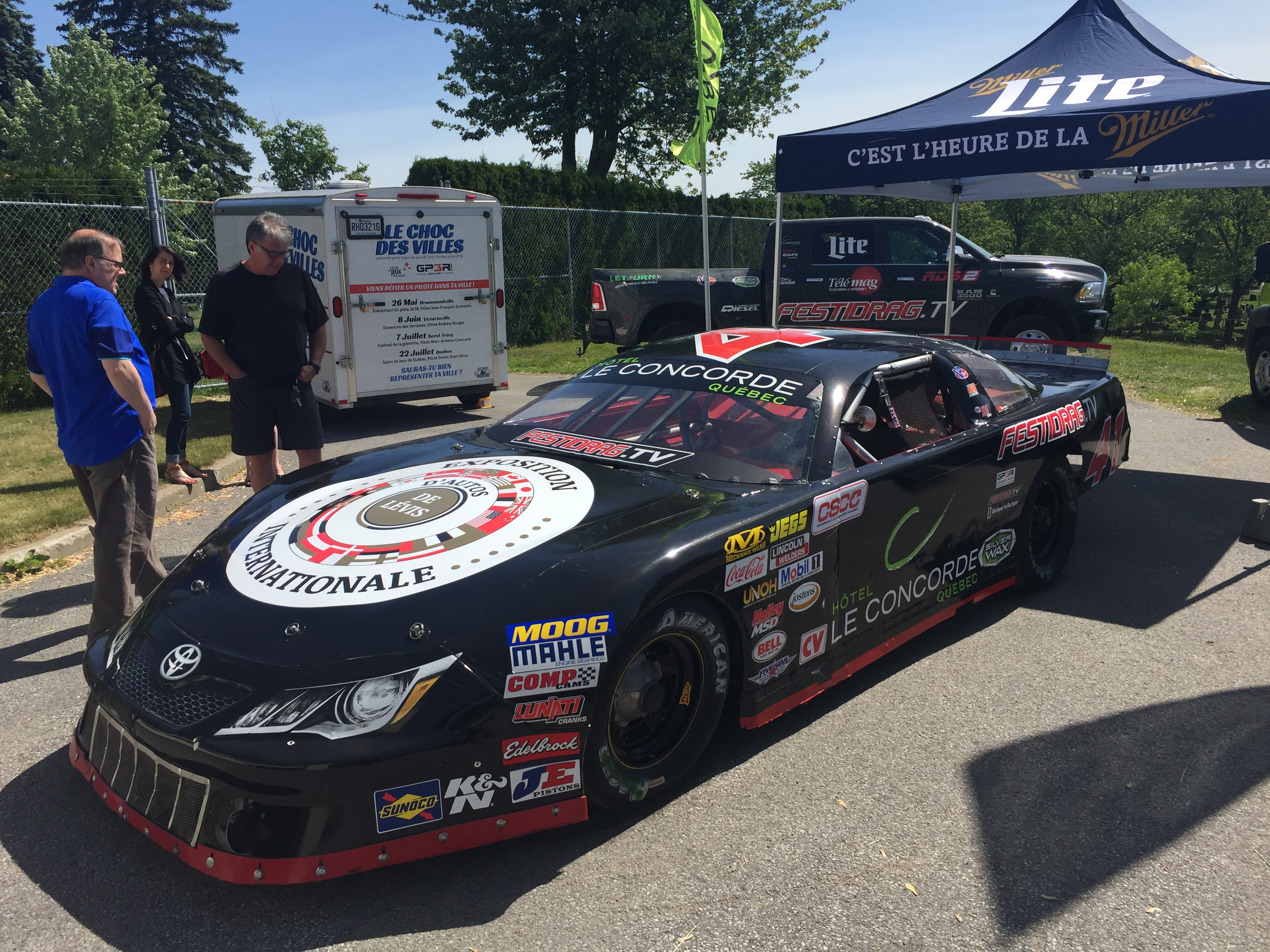 Dominic Fugere, GP3R General Manager, and Georges Barrette, Senior Manager, Special events and Sponsorship at MolsonCoors Canada, have confirmed their renewed association, which extends to 30 years, and the arrival of Miller Lite brand.

After refreshing themselves with Molson Ex, Molson Dry and Coors Light, the fans visiting the GP3R will have the choice between Miller Lite and Miller Genuine Draft.  A limited selection of Trou du Diable microbrewery beers will be available, now part of the MolsonCoors team, in the new beer garden adjacent to the pool at the Expo Park.

Later, M Fugere and Martin DAnjou of Festidrag.tv confirmed the name of the Canadian Stock Car Championship (CSCC) race that will take place as part of the NASCAR weekend on August 10, 11 and 12.

The presence of the stock car group is possible due to financial backing of Festidrag.tv  M DAnjou announced the addition of Quebec Citys Le Concorde Hotel as the naming sponsor of the event.  The race, 41 laps / 100 km will be named the Hotel Le Concorde 41.

The left turn specialists will be on track on August 11th (practice and qualifying) and the 12th for the feature race.  A group of over 25 cars is expected for this event races on the urban street course of the GP3R.

Victoriaville driver Samuel Charland, who was in attendance, confirmed his intention to participate in the August road race and as well in the next CSCC round, a 125 lap race, which will be held as part of the St-Jean-de-Baptiste festivities on Sunday, June 24th at Autodrome Montmagny (Montmagny, QC).

The next and second round of the Canadian Stock Car Championship, a 125 lap race, will be held on June 9th at Autodrome St-Eustache.  Post time is 6:00pm.